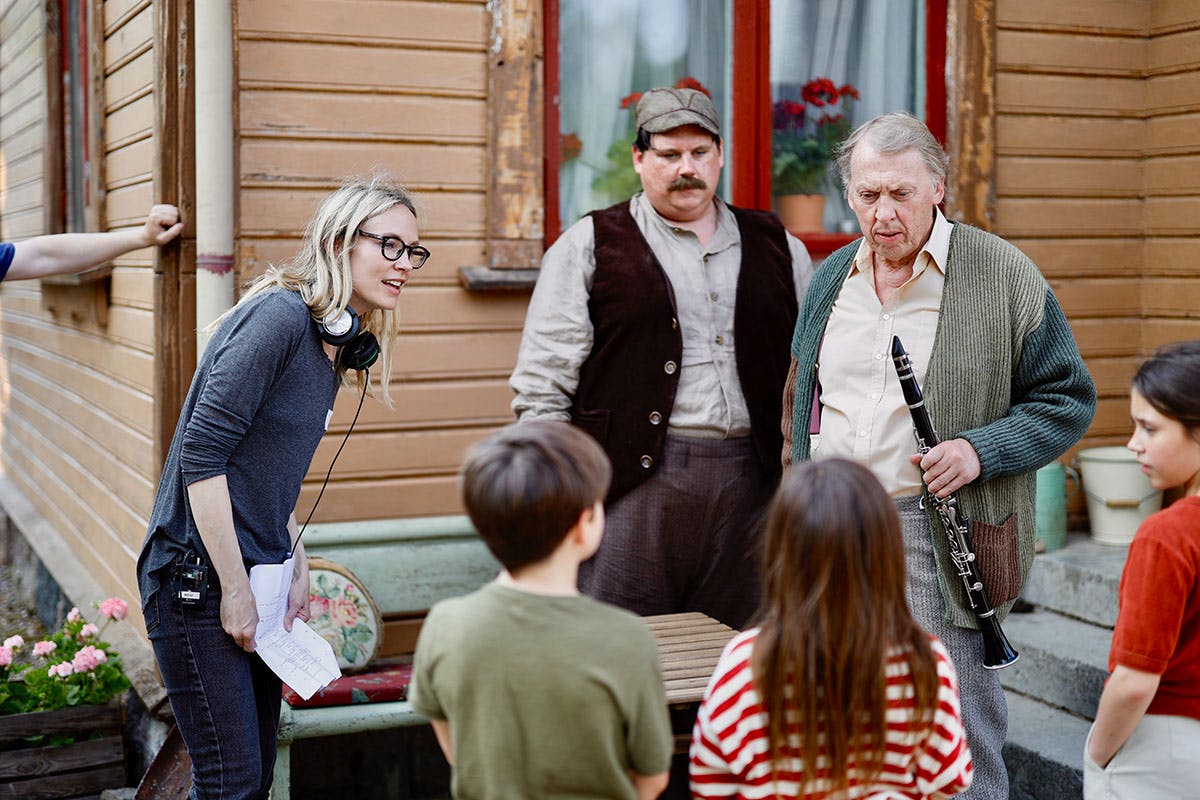 Behind the scenes at JerryMaya's Detective Agency – The Secret of the Train Robber (2020).

Since 1919, SF Studios has produced some of cinema’s most iconic films. We continue to produce a wide range of films across genres targeting broad audiences both in the Nordics and worldwide.

Children’s entertainment has always been close to our hearts to at SF Studios and we continue to produce some of the most beloved kids’ films in the Nordics.

SF Studios has produced a large number of popular and acclaimed TV series for the Nordic and international market.

We aim to be the best partner for broadcasters and streaming services. Quality is at the heart of everything we do.

Since 1919, SF Studios has been a leading Nordic film studio that has produced and distributed some of cinema’s most iconic films and worked with some of the greatest talents in the industry.

Take part of our history

SF Studios has been the leading force in Swedish film and TV production for more than 100 years, having produced many of the films of Ingrid Bergman, Greta Garbo and Ingmar Bergman, as well as Astrid Lindgren’s most well-known works.

SF Studios’ biggest film successes in recent years include films such as Borg vs. McEnroe, Britt-Marie Was Here, Bamse and the City of Thieves, JerryMaya's Detective Agency, the Easy Money-trilogy and A Man Called Ove (one of the most viewed films in Sweden of all time), as well as TV-series such as Alex, The Lawyer, The Hunters and Saga’s Stories.

In 2019, SF Studios also acquired a majority stake the Swedish production company FLX, owned by Felix Herngren and Pontus Edgren. FLX is the producer of many successful Swedish films and TV series such as Sunny Side, Bonus Family and the Netflix series Quicksand.

Through creative partnerships, SF Studios has developed a strong presence in the Norwegian film and TV market.

In 2018, SF Studios acquired the Norwegian production company Paradox, one of the most acknowledged production companies in Norway founded by Finn Gjerdrum, Stein B. Kvae and Erik Poppe. The company has produced acclaimed films such as The King’s Choice and Utöya July 22.

Since 2005, SF Studios in Denmark has become one of the country’s leading producers of quality content.

SF Studios' production in Denmark has been particularly strong in producing TV series, such as the comedy series Rita, the ground-breaking crime series Norskov, the award-winning The New Nurses as well as Seaside Hotel, one of the most popular shows in Danish TV history. Recent film productions include Out of Tune and Gooseboy.

With a production operation in the UK, SF Studios is focusing on producing mainstream films for the global market, based on either Nordic IP or with top Nordic talent.

In 2020, SF Studios released its first fully English language feature film Horizon Line, directed by Mikael Marcimain starring Allison Williams and Alexander Dreymon. Other projects in development include English language adaptation of the New York Times no 1 bestseller, A Man Called Ove - with Tom Hanks attached to star, the survival thriller Don’t Move and I Am Victor, based on an upcoming novel from Jo Nesbø.

SF Studios is proud of its long tradition of being highly recognized for its outstanding contribution to cinema. During our 100 year history we have received some of the most prestigious international and Nordic awards for our achievements in film and TV.

We will continue to tell great stories with the best creators to enchant large audiences around the world.

Our talented production executives bring a wealth of experience in directing, producing and creating to put magic in motion every day.